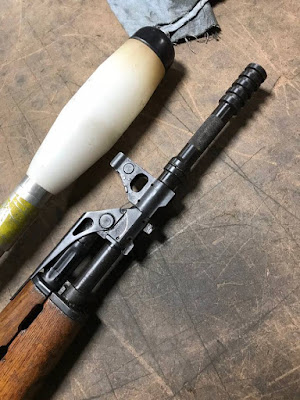 barrel measures out at a finished 17 3/4"...good enough for me.
I like the practice grenade, but I dont think it will be much fun firing it. I got other plans for the spigot anyway.
Stay tuned for the unveiling of some prime numbskullery involving this rifle... Now thats one sexy ass barrel setup.
I wanted something that appeared to be a stock military setup, yet had the personal touch.
Being a skunkrifle, it had to be a little different....mildly custom. 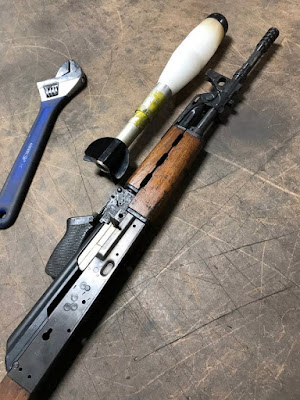 Dig that Childers receiver....Rod and Cam put out a fucking great product. Top notch shit right there.
And Im not just saying that because Rod is a friend....Im saying it in hopes of a small promotional discount code...LOL
Serious side note tho...that grenade is almost as long as the barrel. Hory Shet! 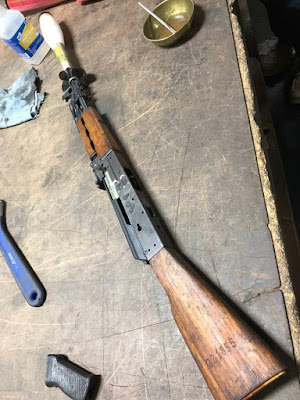 Rivet time! Got the barrel assembled and headspaced, components are ready for pinning. This was the end result of roughly 3 hours.
So much faster building a matching kit instead of the total custom shit where you have to mod each piece to make it all work together.
I was digging through the parts mound while working on my M76 project and found this kit. Time for a little distraction.